The UN Youth Delegates 2020 are Eva Lennuk and Norman Vester 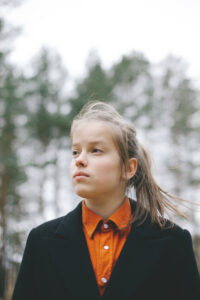 Eva Lennuk will be Estonia young UN delegate for 2020 and will represent the interests of young people at the UN General Assembly in the autumn. Here is her introducing herself:

“My name is Eva Lennuk and in 2020 I am the Estonian youth delegate to the UN. I am 20 years old and studying law at the University of Tartu. I set the development of the involvement of Estonian youth, based on the practice of other countries, as a priority topic in the performance of the delegate’s duties. I believe that there is a lot of room for development at local, national and international level to involve young people in decision-making processes.

During the mandate of the delegate, I am the mediator of the voice of Estonian youth at the international level. During my school visits, I plan to raise young people’s awareness of the activities and goals of the United Nations and to form a common understanding of the changes that Estonian young people want to see in their homeland. In order to implement the changes, the program of the Youth Delegate enables to meet and communicate with the youth delegates of other UN member states, whose knowledge and experience contribute to the preparation and implementation of an action plan suitable for Estonian youth. Gaps in youth policy and inclusion processes vary from country to country, but multilateral cooperation at international level is one way of filling these gaps.

I also contribute to uniting young people in Estonia, without infringing on the enriching nature of dissent. Each young person has their own personality – with their own needs and preferences, attitudes and beliefs. As a UN youth delegate, I want to strengthen the voice of young people both in Estonia and abroad.”

Norman Vester joined Eva in the second half of the year 2020 as a UN youth delegate to also represent the interests of young people at the UN General Assembly in the autumn. This is how he introduces himself:

“My name is Norman Vester and I was appointed as the UN Youth Delegate of Estonia in 2020. I am a 20-year-old Economics student from the University of Tartu. In addition to my studies, I’ve been a leading figure in a social enterprise dealing with social welfare related issues. Also, I have been an active member of several associations across Europe. My mission during my mandate as the UN Youth Delegate, is to be a worthy representative for young people living in Estonia. By interacting with different communities both in Estonia and internationally, it is possible to integrate ideas in order to find efficient ways, how to alleviate problems on human rights, sustainable development and the environment.

Over the next year, I have a definite plan to educate the Estonian youth about the activities and importance of the United Nations. In order to give a better overview of the importance of the role of the UN in Estonia and elsewhere in the world, I have enough opportunities and time to give lectures in many Estonian educational institutions. One of the most important tasks of the Youth Delegate is to give young people not only the opportunity to listen, but also to have an active say, which is the main focus for me during my time in the UN delegation. Being a medium between Estonian youth and the United Nations, I am able to keep abreast of the views that come from both students and experts in a certain field.”

By 2018, the Ministry of Foreign Affairs and the Estonian National Youth Council  elected Estonia’s first UN youth delegate for the first time. The voluntary youth delegate is part of the official Estonian delegation to the UN and participates in the UN General Assembly, commissions and the Economic and Social Council for one year. The Youth Delegate provides input on youth-related topics and participates in the substantive work of the delegation. Involving young people in decision-making processes is of the utmost importance in UN youth policy, thus the Youth Delegate Programme is a form of youth participation. Each UN member state decides independently who will have the opportunity to represent the young people in its country.  The delegate is also working in Estonia to raise the awareness of the general public on important UN-related issues. In 2020, the priority topics are human rights, sustainable development and Estonia’s participation in the UN Security Council in 2020-2021.