The Estonian National Youth Council (ENL) is an umbrella organization that unites youth organizations and participation groups operating in Estonia. ENL believes that every path begins with a dream. We dream of strong and active youth associations. We see many dynamic young people influencing and changing society for the better.

The main goals of ENL are to offer guardianship to youth associations, to form a social opinion and legislative environment that supports young people, to represent the youth political interests of its members in Estonia and internationally, and to promote the lively participation of young people in society.

„Youth organizations are the main designers in their field, their activities within are natural and
their deeds have a noticeable impact on society.”

„We support a society where every young Estonian can participate in high-quality youth
organizations.“

ENL organizes campaigns and projects supporting the participation of young people and is represented in several councils and decision-making bodies that deal with problems in the youth field in Estonia. Membership is developed by large trainings.

ENL acknowledges the good undertakings of its members, both ENL and the people and organizations that have made significant contributions to the youth field.

ENL actively participates in the improvement of legislation concerning youngsters and youth organizations, advocates for greater and more transparent funding of youth organizations and develops member organizations by conducting various training programs. ENL is also a member of the Network of Estonian Non Profit Organisations and Foundations and the Estonian Cooperation Assembly.

ENL is dynamic and responsive on the international stage. Since 2004, ENL has been a member of the European Youth Forum and is actively involved in influencing decisions on youth at European level. Since 2013, former ENL board member has also been elected to the Board of the European Youth Forum. In 2017 ENL convened a working group on International Relations and launched the UN Youth Delegate program in Estonia.

Although the Estonian National Youth Council was founded on 2002, the story of the creation of the umbrella organization began already in April 2001, when the Estonian Youth Association Cooperation Project was established, with the aim of intensifying cooperation between the Estonian youth communities. The project was led by the Federation of Estonian Student Unions, which is a good cooperation partner of ENL up to this day.

On May 19, 2002, the constituent assembly of the Estonian National Youth Council was held at the English College in Tallinn, where the founders agreement was signed by the representatives of 25 youth associations. The articles of association of the  organization were also adopted, in which the goals of the organization were to offer guardianship to its member organizations, to intensify cooperation between youth organizations and to promote the initiative of young people within the society.

Today, ENL has developed into a strong advocacy organization with 18 years of operation, uniting almost 25,000 young people through 60 youth associations, 6 county youth councils, 47 local youth councils and 25 local level participation forms. ENL participates in workgroups, committees and advisory bodies, stands for the interests of young people and represents the opinion of young people belonging to active youth associations. ENL has developed the field of youth work at very different levels, from conducting research on young people, to the project of county youth councils and local youth participation councils, to commenting on various drafts or, for example,  creating a youth work database.

On the 5th anniversary of the Youth Work Act (2004), the Minister of Education and Research named the establishment of ENL the best act of youth work. In 2009, the Minister commended ENL for launching the local government youth work database.

In its activities, ENL primarily follows the articles of association, rules of procedure, the youth policy platform and the code of ethics of civic associations. 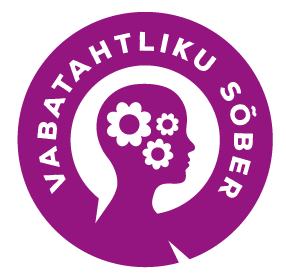 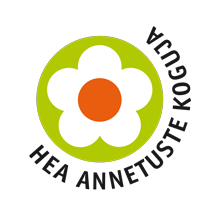